“House Before the Departure from Earth” is a career-spanning project that aggregates objects, landscapes, interventions, texts and excursions into an architectural narrative about existential conditions of humanity and the subjectivities that arise from them. The prototype “Float Tank 01” shown here is considered a “technology of the self,” a concept used by Michel Foucault to describe technologies “which permit individuals to effect by their own means or with the help of others a certain number of operations on their own bodies and souls, thoughts, conduct, and way of being, so as to transform themselves in order to attain a certain state of happiness, purity, wisdom, perfection, or immortality.”

Leong Leong’s prototype considers the float tank as an evolution of an ancient architectural technology — a bath in which daily self-care is elevated to an activity of psychic transcendence. This initial prototype is considered an “off-the-grid” solar furnace for use in the outdoors. Built from stainless steel and coated with insulating spray foam, the tank is able to slowly heat water to maintain the optimum temperature and level of salinity for floatation. The low-fi functionality of the tank is intended to imbue its preparation and use with a ritualistic experience. Originally invented by John C.Lilly in the mid-20th century as a sensory deprivation chamber, the float tank is used for meditations supplemented by psychedelic compounds that enable journeys into altered states of consciousness and re-program of the human mind. 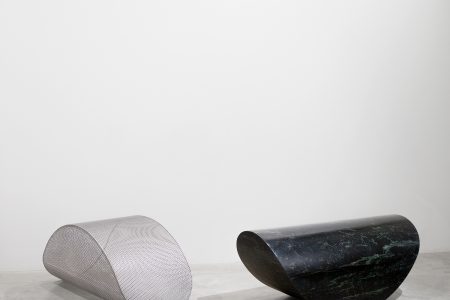 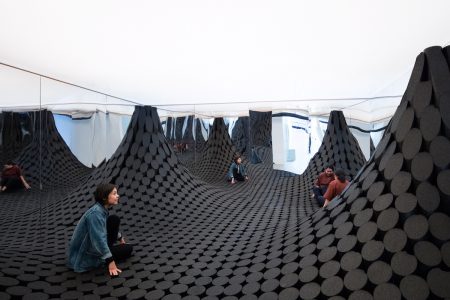 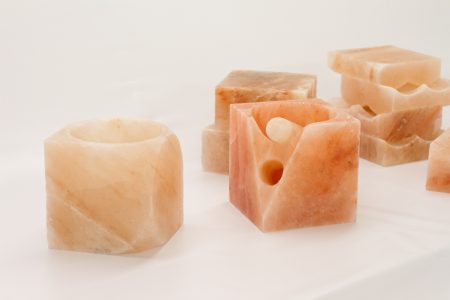 A Toolkit for a Newer Age